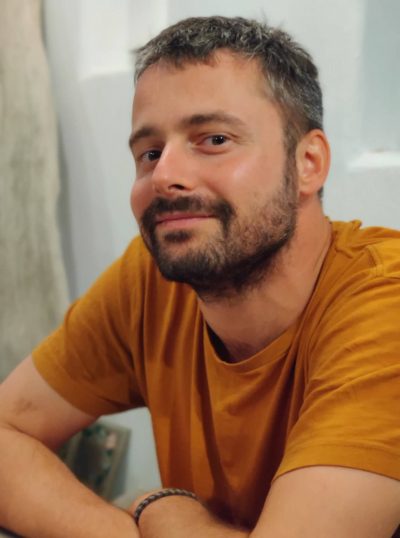 He was born and raised in Athens and at the age of 18 he moved to France to study Biology and Life Sciences in Pierre et Marie Curie University (UPMC). He completed my Masters in Cell and Molecular biology at the UPMC in 2011 and heobtained his PhD in cancer cell biology from the Curie Institute and the UPMC in 2015, working on cancer cell progression and migration during early colorectal cancer metastasis. In 2016 he joined the Paris University (Diderot) Jacques Monod Institute as a post-doctoral scientist in biophysics, investigating how tissues’ geometry and topology affect collective cell behavior in both physiology and pathology. He also teaches as an invited lecturer in Masters seminars in the Paris Universities. After almost 18 years abroad, he recently returned to Greece where he currently works in clinical research, at IQVIA. He is intrigued by the potential of linking basic to clinical research and he’s passionate about science communication!