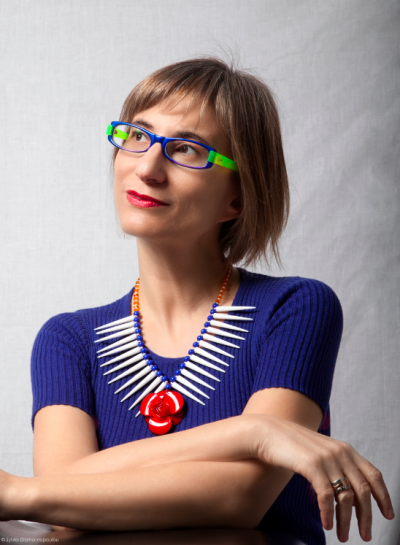 Betty Tsakarestou is Assistant Professor, Head of Advertising and Public Relations Lab at the Department of Communication, Media and Culture of Panteion University, Greece and Visiting Lecturer at Copenhagen Business School. In June 2012, she has joined CCEBI research network at CBS and organised, in this capacity, two International Co-Creation Workshops (Athens, 2012 and Kefalonia 2014) focusing on Cities as Platforms for Co-Creation, Entrepreneurship and Innovation.

Her research and teaching expands on advertising and PR, crisis management in social and mobile web, CSR, sustainability, city branding, collaborative and mobile consumption, startup entrepreneurship, social innovation and co-creation. She coordinates  “Mobile Generation Next” research project on collaborative consumption in the Sharing Economy. She serves as member BOD of the Institute of Communication. In 2012 she initiated the Startup Weekend University in Athens and in 2013 she has been co-organiser at Startup Weekend Education in Athens. She offered her advice in all SW events as mentor and judge.

She is also serves at the advisory board of Impact Hub Athens and she is member of the judges’ panel for the Social Impact Award 2014. From 2007-2011 she has been a Visiting Assistant Professor of CSR and Business Ethics at the MBA Program of the University of Cyprus. She has served as Director of Educational Radio-Television at the Ministry of Education, from 2010 -2012 where she designed the digital transition strategy. The last three years, she participates as an expert in EU media literacy programmes.