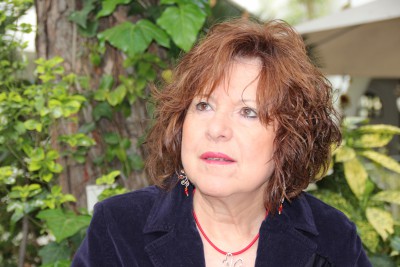 Eleni Grammatikopoulou was a member of the administration staff of the National Hellenic Research Foundation (NHRF) being in charge of its educational programme “SCIENCE SOCIETY» for 20 years (1993-2013). At the same time she participated in the design, submission and implementation of relevant European projects always aiming to increase public awareness on science and research. Since June 2013, she has been working as a freelancer in the field of science communication. She is a member of the organizational team of SciCo Science Festivals and the “HuB Science” programme. Her passion for science communication inspired  her to create “Science Reactors”,  a group of young scientists-actors.  Their goal is to  introduce science to the large public in an imaginative and humorous way through  innovative performances e.g Stand up Science, Science on Stage, etc. giving response to the question how science can be combined with improvisation and comedy. ERT has recently produced a documentary film on Science Reactors, with which it participated at the 20th  International Documentary Festival of Thessaloniki.

She is former president of the “Magna Graecia” Society and member of the “Association for Establishing the Maria Callas Academy”. She has also worked as production manager for a number of historical and scientific documentaries, as well as short films and TV commercials.