rofessor and Chairman of the First Department of Pediatrics at the University of Athens School of Medicine, 1st Paediatric Clinic, “Agia Sofia” Childrens' Hospital 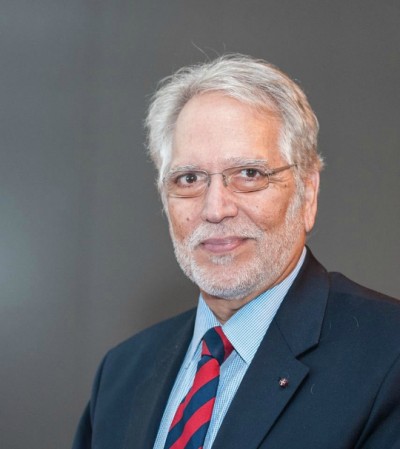 George P. Chrousos is Professor and Chairman of the First Department of Pediatrics at the University of Athens School of Medicine, Athens, Greece, and former Chief of the Pediatric and Reproductive Endocrinology Branch of the National Institute of Child Health and Human Development (NICHD), National Institutes of Health (NIH), Bethesda, Maryland. He also holds the UNESCO Chair on Adolescent Health Care at the University of Athens and held the 2011 John Kluge Distinguished Chair in Technology and Society at the Library of Congress, Washington DC.

Dr. Chrousos has written over 750 original scientific papers and over 500 book chapters and journal reviews and his work has been cited in more than 70,000 other scientific articles, an irrefutable testimony to the importance and influence of his research. He is one of the 250 most cited scientists internationally (ISI highly cited) included not only in the list of Clinical Medicine, but also in that of Biology and Biochemistry, and the highest cited endocrinologist and pediatrician in the world. With an H index of 133, Dr. Chrousos is a top cited Clinician and Clinical Researcher.

Dr. Chrousos has received numerous national and international awards and has given many lectures in the USA, Europe, Latin America and Japan. His awards include the 1987 Richard E. Weitzman Memorial Award, US Endocrine Society, the 1992   Superior Service Award, U.S. Public Health Service, the 1997 Clinical Investigator Award, US Endocrine Society, the 1997 Hans Selye Award, Hans Selye Foundation, Montreal, Canada, the 1999 Pharmacia-Upjohn International First Prize for Excellence in Published Clinical Research, US Endocrine Society, the 1999 Novera Herbert Spector Award, International Society for Neuroimmunomodulation, Lugano, Switzerland,  the 2000 Henning Andersen Prize, European Society for Pediatric Endocrinology,  Brussels, Belgium, the 2002 Sir Edward Sharpey-Schafer Medal, British Endocrine Societies, the 2004  Lifetime Achievement Award, International Society for Psycho-Neuro-Endocrinology, Glasgow, UK, the  2007 Henning Andersen Prize, European Society for Pediatric Endocrinology,  Helsinki, Finland, and the 2008 Geoffrey Harris Prize in Neuroendocrinology, European Society of Endocrinology, Berlin, Germany. Among others, he is a Doctor Honoris Causa of the University of Liege, Liege, Belgium (2003), Universita Politechnica delle Marche, Ancona, Italy (2006) and University of Patras, Patras, Greece (2011). He is an honorary professor of the University of Warwick, Coventry, UK. Ηe was honored with the 2011 Aristeion Bodossaki Award, the highest distinction for accomplishment in the Sciences in Greece. In 2012, he received the Albert Struyvenberg Medal of the European Society of Clinical Investigation (ESCI). He is a distinguished visiting scientist of NICHD, NIH, Bethesda MD, USA. He served as President of ESCI from 2008 to 2011. In 2014 he was awarded the first George Papanicolaou Award of the University of Athens. In 2014 he received the highest honor of the US Endocrine Society, the Fred Conrad Koch Award.