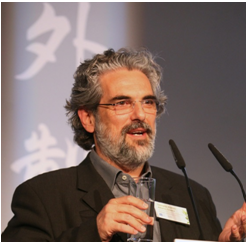 George Kollias is a biologist, member of the Academy of Athens, Professor of Experimental Physiology at the Medical School of the University of Athens and Director of the Immunology Division at the Biomedical Sciences Research Center”Alexander Fleming“,where he served as President and Scientific director from 2002-2010. Dr. Kollias is renowned for proof of principle preclinical studies that led to the development of anti-TNF therapies for rheumatoid arthritis and has pioneered genetic approaches to advance knowledge on the molecular and cellular mechanisms driving chronic inflammation and autoimmunity. Dr. Kollias has led several efforts for the development of biomedical infrastructures of scientific and technological excellence at a national and European level.