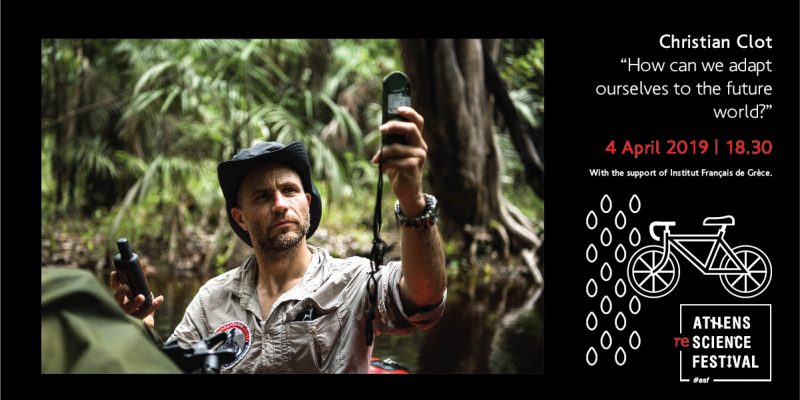 Christian Clot is not the typical case of an explorer, who from an early age was looking at a map and dreaming of the perfect trip. He began his explorations at the age of 16 and since then, he has visited the most distant corners of the planet and has faced the most “inhospitable” conditions. He has carried out missions to all types of environment in different regions of the Earth: from the Nile to Chile – he was the first to reach the centre of the Cordillera Darwin – and from Patagonia and Tierra del Fuego to South Africa.

Since 2006 he has been exploring the human adaptation by studying the cognitive, psychological and physiological changes caused by human exposure to complex environmental conditions. He shares his experiences with the audience through books, documentaries and talks, such as the one he will perform this year at the Athens Re-Science Festival.

Climate change, technological advances and social changes are factors that are challenging for humans who are called upon to accept the new reality and live within it. So how does the human brain adapt to the changing circumstances of our world?

Title: How can we adapt to the future world? // Date & Time: Thursday 4 April, 18.30.
Christian Clot’s talk will take place with the support of the Institut Français de Grèce.